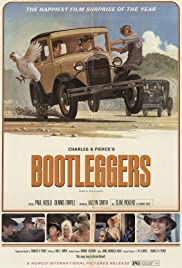 It was Jaclyn Smith’s first starring role (two years before Charlie’s Angels made her famous). Slim Pickens, already famous, gave the film credibility. And, the cinematographer went on to film The Silence of the Lambs but got his start in Calico Rock. THE BOOTLEGGERS was filmed in and around Calico here in the Ozark Mountains. We need your help to tell the story of the only major motion picture filmed here. We’re celebrating the movie with Bootlegger Daze on May 14. Do you have any film props? Any stories? Any family members in the film?